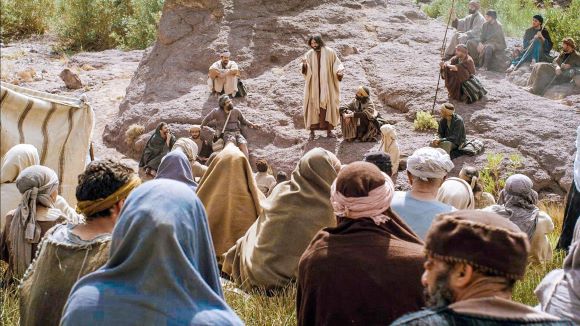 Pope Francis wrote a down-to-earth, simple booklet called Rejoice and be Glad, on the call to holiness in today’s world. You don’t need a degree in theology or philosophy to understand it. We quote, “Jesus explained with great simplicity what it means to be holy when he gave us the Beatitudes. The Beatitudes are like a Christian identity card. So if anyone asks: ‘What must I do to be a good Christian?’, the answer is clear. We have to do, each in our own way, what Jesus told us in the Sermon on the Mount. In the Beatitudes, we find a portrait of the Master, which we are called to reflect in our daily lives” (Paragraph 63). Would my life impress Ghandi? Am I guided by the teaching of Jesus? If I was on trial for being a Christian, would there be enough evidence to convict me?

How do we translate the Beatitudes? Do we say “Happy” or “Blessed”? Happy suggests a feeling of well-being, satisfaction and contentment. But are those who mourn or suffer persecution happy with their lot? To call them blessed is much deeper. It suggests that God is very close to people in these situations.

As we noted in last week’s reflection, the popular opinion in religious circles held that God’s blessings could be discerned in prosperity, power, prestige and popularity. Therefore, the poor and powerless, or victims of misfortune or persecution were regarded as being punished by God for their sins. In the Beatitudes, Jesus turned the situation upside down.

Blessed are the poor in spirit, for their’s is the kingdom of heaven.

Jesus did not condemn wealth as such. He accepted the invitation to sit at the table of some wealthy people, but he made three statements about money. First, to use it with a conscience about sharing with the poor. Money will not buy a place in heaven, but sharing with the poor will win friends who will welcome you into heaven (Luke 6:9). Then Jesus warned that money is tainted. It is a carrier of multiple forms of temptation. And then, Jesus warned about becoming a slave of money. At what stage does it become an alternative god? Wealth is a gift to be used for helping others, but it is tainted with temptation and burdened with responsibilities. True Christians are people who are not slaves of prosperity, and have a conscience about sharing with the poor. “Their’s is the kingdom of heaven”

Blessed are the gentle: for they shall have the earth for their heritage

Jesus rejected power as a blessing. Faced with the threat to Mother Earth, we have to be honest about how violent and careless we have been in mastering the planet. We have to recognise how everything in this universe is related to everything else. Francis of Assisi embraced a life of poverty and gentleness and came to recognise everything as a brother or sister. By possessing nothing he came to own everything. In his gentle respect for everything, he received the entire earth as his heritage.

Blessed are those who mourn: they shall be comforted

True Christians accept that suffering is part of life, so they are willing to be compassionate with those who suffer, willing to accompany them. False religion was shown up in the parable of Jesus where two workers in the temple passed by on the other side instead of helping a dying man. Since it is in giving that we receive, those who accompany others in pain will themselves be comforted.

Blessed are those who hunger and thirst for justice, for they will be filled

We all want justice and peace throughout the world but do we hunger and thirst for justice. Do we do anything about it? Personally, as I write I feel ashamed at my lack of involvement.

Is the world a better place because I am here? Maybe world problems are beyond my scope, but at least I must treat everybody with fairness, being less judgemental, being more available. If everybody lit just one little candle, what a bright world it would be.

Blessed are the merciful, for they will receive mercy

A true Christian will be willing to move on from bitterness, hatred and revenge. This does not come naturally. We need the supernatural grace of the Holy Spirit. “It is not in our power not to feel or to forget an offence; but the heart that offers itself to the Holy Spirit turns injury into compassion and purifies the memory in transforming the hurt into intercession” (Catechism 2843).

Blessed are the pure in heart, for they will see God

It is not what goes into the stomach that makes one unclean, but what comes out of the heart. The unclean heart sees people as enemies, or objects to be used or abused. The old saying is that the eyes are the windows of the soul. The pure of heart will see others with the respect that is due as God’s creation. They shall see God.

Blessed are the peacemakers, for they will be called children of God

Apart from praying for peace, it’s unlikely that any of us can do anything to end wars in the world. Yet in our own environment we might be the cause of conflict or misunderstanding. Pope Francis continually draws attention to the harm done by gossip. The Letter of James states that whoever has control of the tongue must be perfect.

Blessed are those who are persecuted for righeousness’ sake, for theirs is the kingdom of heaven

Persecution or mockery of people for their religious beliefs is as bad today as any time in history. But God is on their side: they are blessed by God: their endurance will assure them of the kingdom of heaven.

Heavenly Father, thy kingdom come, thy will be done on earth as it is in heaven.
May the grace of the Holy Spirit inspire us to be true to our identity as followers of Jesus Christ, your Son, our Lord. Amen.

Receive Notices and Reflections direct to your email

for urgent calls only 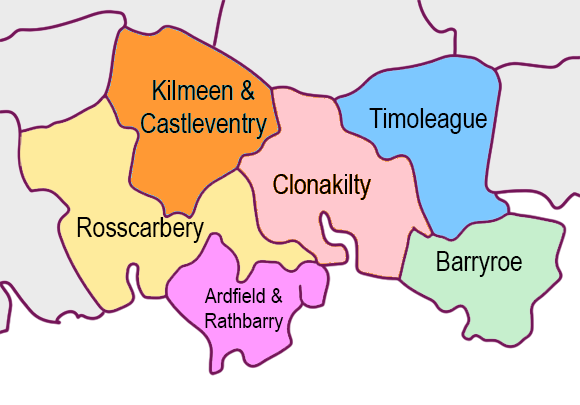